How is a LiPo battery cell produced

Regarding the production process of lithium polymer batteries, each lipo battery manufacturer is different, but most of them have these key steps: 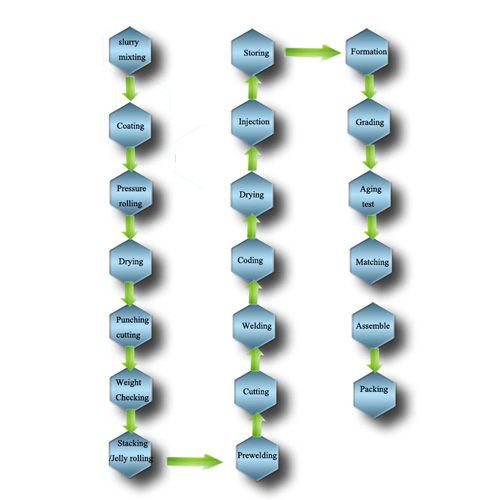 As we all know, the production process of lithium battery is quite complicated. After all, the safety performance
of lithium-ion battery products is directly related to the life and health of consumers. In the production of
natural lithium batteries, there are high requirements for the performance, accuracy, stability and automation
level of equipment. . Taking the preparation of the electrode slurry in the production process of the lithium
battery as an example, the most front-end link of this link is also the most important part of the whole production
process. After all, the influence of the electrode slurry mixing and dispersion process on the quality of the
product is greater than 30. %. What is the reason?

The reason is that the preparation of the positive and negative electrodes of the lithium battery includes a series
of processes such as mixing, dissolving and dispersing liquid and liquid, liquid and solid materials, and is
accompanied by changes in temperature, viscosity, environment and the like. In the positive and negative slurry,
the dispersibility and uniformity of the granular active material directly affect the movement of lithium ions
between the two electrodes of the battery, so the dispersion quality of the electrode slurry directly affects the
product performance of the lithium battery.

Each step is vital important.