How to customize different LiPo batteries with the same mould?

To produce a LiPo battery cell, a series of uique moulds is a necessary tool for any lithium polymer battery manufacturer. For lithium polymer battery cell, the most important mould is the aluminumm foil packing forming mould, let’s call it forming mould in brief. This mould determines the battery major dimensions, such as the thickness,width,length/height.

Do we need to create a new mould for every new model lipo battery cell?

Actually this is an simple question for people who is involved in the lipo battery manufacturing, the clue is on the mould. LiPo battery cell forming mould has a important extention feature, this supports the thickness changing. What does this mean? It means that everytime it can create a new battery model by adjusting the thickness parameter without replacing a new mould. In other word, by adjusting the parameters, the forming mould can create different models of LiPo battey cells with different thickness. However, one thing needs to be known that these different models battery have the same width and length, because the forming mould can not adjust the width parameter and length parameter, hence, it’s impossible for it to create batteries with different width nor length. 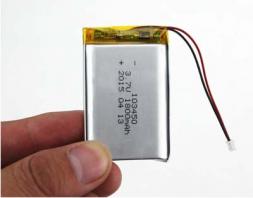 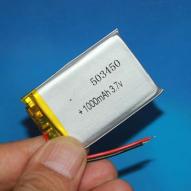 You may have a question, why can’t we make also thickness of smaller less than 5mm, and bigger than 12mm? This will lead to another topic, that is the limit of the forming mould, and different types of this mould. we will continue to discuss this in next article: What are the double cave mould and single cave mould?